All image material featured on this website is the property of their respective owners and only used for showcasing
Compositing for the second season of Netflix’s Sci-Fi Mystery Show DARK. I got involved on the show as a part of the Compositing Team at RISE Munich. We worked on a lot of shots featuring the CG „Darkmatter“, the portal and postapocalyptic set extensions with DMP integration as well as the CG „time machine“ integration.

A main task that I was responsible for, was the long aerial shot of the Darkmatter expansion over the powerplant where I had to take care of the look development, light effects, integration of CGFX as well as stock debris and dust elements.

The question is not where. But when …“ 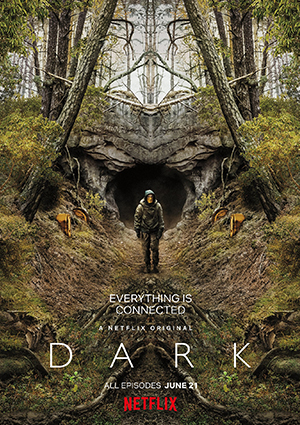