All image material featured on this website is the property of their respective owners and only used for showcasing
Digital Compositing for Live-Action/CGI Hybrid feature PETER RABBIT. I’ve been involved in the project for about four months as a member of the comp crew at Animal Logic in Sydney. My tasks included a lot of CG character integration and extensive stuffy and rig removals. In addition to that, I was responsible for 2D look dev, comp and optical lens effect treatment of the full CG sequences inside the rabbit’s burrow.

Feature adaptation of Beatrix Potter’s classic tale of a rebellious rabbit trying to sneak into a farmer’s vegetable garden.” 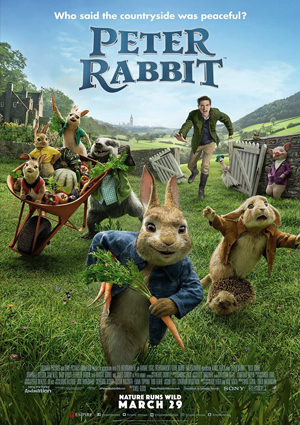